Coming over the Brennerpass mountain pass, the route to Italy and the Mediterranean has always led through the Eisacktal Valley. The valley is named after the Eisack River, which is surrounded by rugged mountains – the Dolomites to the east, and the Sarntal Alps to the west. However, the first signs of being in Southern Europe can be seen here as well. Chestnut trees and vineyards dominate the landscape. The Eisacktal Valley is today the northernmost winegrowing region in Italy. Grapes are cultivated here on 440 narrow hectares, rising to an elevation of 850 meters above sea level. In addition, there are fruit orchards, and at an even higher elevation also livestock farms.

The Eisacktal Valley is one of South Tyrol's most beautiful hiking areas, and is well-known internationally for its traditional harvest feast, the so-called Törggelen (derived from the Latin word for winepress). Local places that are especially worth seeing are the Kloster Säben and Kloster Neustift monasteries, the old city of the episcopal seat of Bressanone/Brixen, and the small town of Chiusa/Klausen, where the artist Albrecht Dürer stayed during his sojourn in Italy.

Climate Conditions in the Eisacktal Valley

The climate conditions in the Eisacktal Valley are ideal for the cultivation of white wines. Its proximity to the mountains leads to high differences in temperature between day and night, which are extremely favorable for viticulture.

Thanks to the conducive climatic conditions, grapes in the Eisaktaltal Valley grow at altitudes of between 400 – 850 meters above see level.

Geography and Geology of the Eisacktal Valley Wine Region

The Eisack Valley wine-growing region extends from the municipality of Varna/Vahrn (near Bressanone/Brixen) in the north, to Bolzano/Bozen in the south. The glacial valley around Bressanone is closed like an amphitheater on its northern end, which helps to protect it from colder air currents. The vineyards are mostly located here, especially on the left-facing side, where the vines warm up quickly due to the strong sunlight and steep slopes. The sandy, gravelly moraine soil is made up of a mixture of shale, gneiss and granite.
Beyond this cirque above Bressanone, the Eisacktal Valley narrows and turns slightly to the southwest; the vineyards here are built mainly on the right side. From the area south of Bressanone to below Chiusa/Klausen, the stone is mainly quartz phyllite; below Ponte Gardena/Waidbruck it is mainly quartz porphyry. Glacial remains and interglacial alluvial deposits are distributed across the entire valley. As a result, the soil is permeable, and can thus absorb heat quickly.
The soil's high silicate content gives the wines from Eisacktal Valley their characteristic mineral note.

Viticulture in the Eisacktal Valley

Until the end of the 19th century, primarily red varieties were cultivated. However, since the climate in the Eisacktal Valley was primarily cool, the quality of these wines was not especially high.

Viticulture in the valley was stunted as a result of the outbreak of grape phylloxera around 1900, as well as the lack of suitable markets. The acreage grew increasingly smaller, and the yield often only enough for the farmers' own needs. The Bressanone/Brixen cirque was the only place where several vineyards immediately regenerated themselves after the huge loss. Consultants brought in from Würzburg recognized the area's great suitability for the cultivation of white grape varieties. They also brought their own main varietal with them, the Sylvaner.

In 1961, the real upturn occurred with the foundation of of cooperative organizations in Chiusa/Klausen and Bressanone. Other white grape varieties gained an increasing recognition, and the acreage devoted to viniculture once again increased. The elaborate terraces on the valley slopes were repaired and renovated, and once more came to shape the overall appearance of the local landscape. Expertise increased in both vineyards and cellars, and the quality and the reputation of the Eisacktal Valley wines grew to the same extent. The step towards independent cultivation and self-marketing by several winemakers contributed to the increased diversity and greater visibility of Eisacktal Valley viticulture.

Since then, the Eisacktal Valley has achieved a reputation as one of the best white wine regions in Italy. 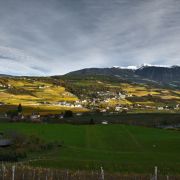 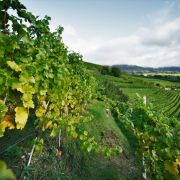 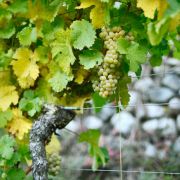 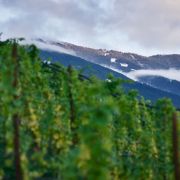 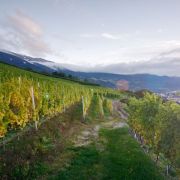 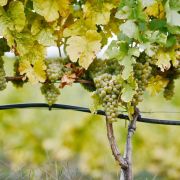 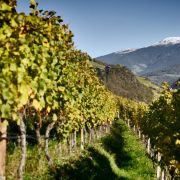 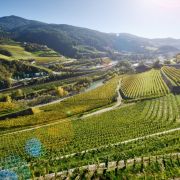 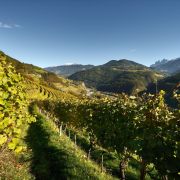 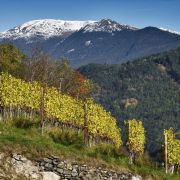 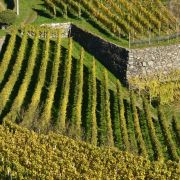 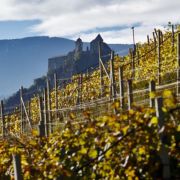 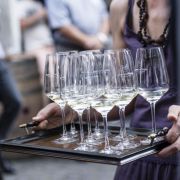 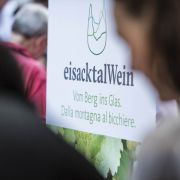 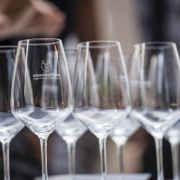 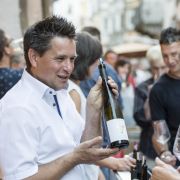 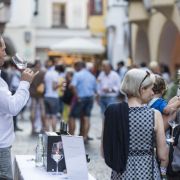 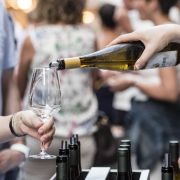 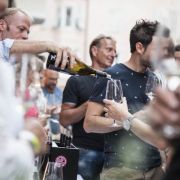 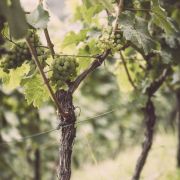